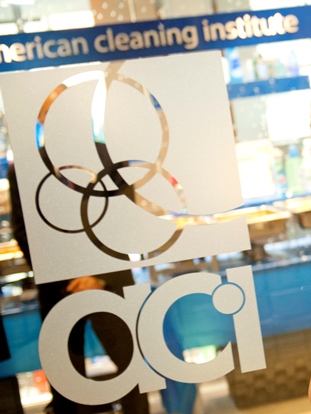 The origins of personal cleanliness date back to prehistoric times. Since water is essential for life, the earliest people lived near water and knew something about its cleansing properties - at the very least that it rinsed mud off their hands! Fast forward to the Seventh Century when soap making was an established craft in Europe. Soap maker guilds guarded their trade secrets very closely. Vegetable and animal oils were used with ashes of plants, along with fragrances to enhance the cleaning process. Gradually more varieties of soap became available for shaving and shampooing, as well as bathing and laundering.

From its humble beginnings in 1926, the Association of American Soap and Glycerine Producers recognized the importance of providing science-based approaches in cleaning products to consumers that would keep them healthy, safe and living fulfilled lives. One year later, the Cleanliness Institute was founded by the Association to teach the value of hygiene.

The name was changed to The Soap and Detergent Association around 1960 to reflect the evolution of cleaning products from strictly soap-based to include those based on synthetic surface active agents. SDA relocated to Washington, DC in 2000.

As the cleaning products industry evolved, so too did the SDA from a relatively homogenous group of manufacturers of formulated products to the heterogeneous mixture of manufacturers of finished cleaning products, ingredient suppliers, and producers of finished packaging materials that it is today. In 1962, membership was opened to ingredient suppliers, although ten years earlier fatty acid producers had preceded them into the Association. The suppliers and the fatty acid producers along with the formulator manufacturers were organized into discrete divisional groups that mapped out their programs and budgets for the approval of the SDA Board of Directors. The divisional structure was replaced by the current organizational scheme in June 2000.

Other qualifications for SDA membership have also undergone some changes in response to rapidly changing times. During the first seven decades of its existence, SDA was strictly a national association representing manufacturers of cleaning products that were made in the United States. With the advent of NAFTA, SDA’s constituency was enlarged geographically to include companies with production in Canada and Mexico and sales in the United States.

The rapid globalization of business and commerce further enlarged SDA’s scope of operations but in a different way. The international harmonization, environmental and health initiatives involving chemical products threatened the ability of manufacturers to make products in the U.S. that meet consumer needs economically. SDA understood the negative potential of these initiatives and devoted significant intellectual and material resources to promoting the use of scientific concepts and standards that are recognized by both the industry and the U.S. Government as well as by international entities and organizations.

While the SDA has undergone many changes since its humble beginnings, it has demonstrated an ongoing commitment to consumer and caregiver engagement, service to providing current and viable information in an ever changing industry as well as partnering with stakeholder organizations that share its high standard of excellence and a vigorous practicality. Of the many successful outcomes credited to SDA, none exemplifies these qualities better than the fat salvage campaign project during World War II. Under SDA leadership, about 1.5 billion pounds of waste fats from households were collected for making soap. However, the real success of the campaign lies in that soap alone, among all other necessities of daily life, avoided being rationed. Given the conditions on the battlefields, the availability of soap to our soldiers saved lives!

Recognizing the need to rebrand itself in order to better represent all of the products it represented, SDA changed its name to the American Cleaning Institute in January 2010. The decision was appropriately reflected at the time by Jane Hutterly, EVP of Worldwide Corporate & Environmental Affairs of SC Johnson (former 2010 SDA Board Chair): "Since 1926 SDA has been a leader in demonstrating the safe, proper and beneficial use of cleaning products. SDA’s transformation to the American Cleaning Institute will make our information easier to access, more consumer friendly, and more relevant in the digital age."

Today, ACI remains committed to improving lives through scientific research and education-based results. ACI continues to be uniquely positioned to enhance the reputation of its members as positive contributors to people’s lives as well as to communities worldwide.

1926: Founded as the Association of American Soap and Glycerine Producers

1927: Cleanliness Institute was created to teach the value of hygiene in schools

1931: Published 30 Valuable Uses for Glycerine in the Home and Handwashing in Schools

1960s: Name changed to The Soap and Detergent Association to reflect the evolution of cleaning products from strictly soap based to include those based on synthetic surface active agents

2010: Organization rebranded as the American Cleaning Institute with a vision to enhance health and the quality of life through sustainable cleaning products and practices

1928
Handwashing in Schools – A booklet that summarized a study investigating handwashing facilities in schools in 1928.

1930
Cleanliness Broadcasts – A series of eleven 15 minute talks that were broadcast over a national network by Institute staff. Each broadcast was published in a pamphlet form and distributed to the public for free.
1931
30 Valuable Uses for Glycerine in the Home – A publication that detailed the various ways glycerine could be used in the home from cake icings to tire treatments.
1951
Fatty Acids: Building Blocks for the Industry – A publication that described fatty acid processing from refining the crude fats, through splitting and distillation, to their final products and use.
1972
Enzymes in Laundry Products – A booklet that provided consumers with the answers to the most frequently-asked questions on enzymes, their use and safety.
1972-1992
Detergents-in-Depth – Proceedings from SDA symposiums.
1984
Cleanliness and the Health Revolution – A 68 page book that detailed how changes in personal and environmental hygiene played an essential role in the health revolution in the U.S. and England.
2003
Healthy Schools, Healthy People, It’s a SNAP! – (School Network for Absenteeism Prevention) was created by the
Centers for Disease Control and Prevention and American Cleaning Institute. The program is a grassroots, education-based effort to help improve health by making hand cleaning an integral part of the school day.
2004
Principles for Sustainable Development – A statement that describes the principles designed to help advance human health and environmental quality, social well-being and economic growth of SDA member companies.
2007
Against Disease: The Impact of Hygiene and Cleanliness on Health – A historic and technical record on the role of sanitation, medical advances, cleanliness and hygiene on public health and infection control.
2010
Consumer Product Ingredient Safety: Exposure and Risk Screening methods for Consumer Product Ingredients – The American Cleaning Institute (ACI) developed the Cleaning Product Ingredient Safety Initiative (CPISI) as one of its many efforts to shed light on the safe use of ingredients in our members’ products including the underlying scientific data and the methods in which these data are applied in making decisions.
2013
KEY Pledge Laundry Safety Campaign – A national campaign to educate parents and caregivers about the safe use of liquid laundry packets.
2015
Sustainability Report: Understanding Today, Impacting Tomorrow – ACI’s third biennial Sustainability Report that communicated the first-ever materiality assessment for the cleaning products industry.
2016
Cold Water Saves – A campaign designed to educate college students about the savings and sustainability of doing laundry in cold water.
2017
Packets Up – An updated version of the KEY Pledge Laundry Safety Campaign, focused on educating about safe use of liquid laundry packets.
2018
Exploration Clean – A website created to teach children about the chemistry that powers cleaning in a fun and accessible way.
2019
Guidance for Risk Assessment of Enzymes – ACI created guidance on a risk management strategy that avoids unacceptable risks to the user of enzyme-containing products.
2020
Cleaning Is Caring Campaign – A national campaign focused on cleaning as a way to care with toolkits for key audiences, including schools, child care centers, college students, and businesses.
2022
Sustainability Report: Cleaning Caring Uniting – ACI’s latest Sustainability Report underscoring industry efforts to increase transparence, reduce emissions, make packaging circular, and more.