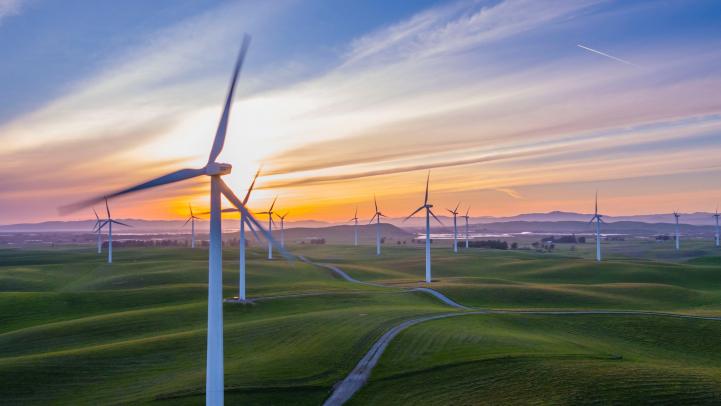 At ACI, we have challenged our members to align their corporate climate strategy and targets with the 1.5°C ambition, which strives to reach net-zero global emissions by 2050. Across the cleaning products industry, companies are taking bold action to limit the global average temperature rise to less than 1.5°C.

Henkel has stepped up to accelerate climate action by entering into a large-scale virtual power purchase agreement (VPPA) with energy provider Ørsted to create a new wind farm in Bee County, Texas. The wind farm is scheduled to be connected to the grid in early 2022, and it will cover 100% of Henkel’s electricity consumption in the U.S.

ACI spoke with Amber McCauley, formerly Director of Indirect Purchasing for North America at Henkel, and Jillaine Dellis, Vice President of Sustainability, Product Safety & Regulatory Affairs for the Henkel Laundry & Home Care businesses in North America, to discuss how the VPPA will support Henkel’s electricity consumption and increase the share of renewable energy in the U.S. electrical grid.

This interview has been edited and condensed for clarity.

ACI: Many people probably haven’t heard of a virtual power purchase agreement (VPPA) before. What is a VPPA and how does it work?

Amber McCauley: The way a virtual power purchase agreement works is that a corporate energy user, such as Henkel, enters into a long-term contract with a renewable energy project developer that builds wind farms or solar farms. This contract commits the energy user to work with the developer at an agreed-upon price for the power that the project will generate.

So rather than actually having on-site power generation, the power is sold to the grid on Henkel's behalf, or in other words, to the utility organizations where we get our energy. As a result, Henkel receives renewable energy credits (RECs) for the renewable energy that the project produces, and the RECs are allocated to Henkel's electricity consumption across all of our North American sites.

Amber McCauley: Absolutely. By Henkel investing in a long-term commitment with Ørsted to bring a wind farm to life that currently doesn't exist, we're enabling the developer to secure financing for this project. When that farm is complete, it will support 100% of our consumption. But that’s only about 50% of the overall production of that wind farm, which means that there's going to be another 300,000 megawatt-hours (MWh) of green energy out there in the grid to be consumed by others.

Amber McCauley: 300,000 MWh would be equivalent to the annual electrical consumption of somewhere between 30,000 to 40,000 homes. In terms of CO2 emissions, it would be the equivalent of the consumption of 24 million gallons of gasoline or 235 million pounds of coal burned. Or even simpler, 26 billion smartphone charges. It’s a pretty large amount of electricity that we consume on an annual basis, mostly in our production and distribution centers, that is now green and sustainable.

ACI: Looking at Henkel's approach to sourcing renewable energy, there are a few different components, such as the on-site production of green energy, that work together to cover 100% of Henkel’s electricity demand. What went into Henkel's decision to include a VPPA in this approach?

Amber McCauley: It was a lot of research by a cross-functional and global team, of which I was a part. Our goal at Henkel is to procure 100% of our electricity consumption worldwide through a renewable and sustainable source by 2030. What really pushed us toward the VPPA was the fact that we not only want to become carbon neutral, but we actually want to become climate-positive. We not only want to reduce our own ecological footprint, but we also want to be able to provide additional sustainable energy for others to consume.

We have in North America approximately 70 locations which are also currently being assessed for on-site power generation. As an example, we're currently installing solar panels at our production facility in Puerto Rico, which is going to reduce the electricity consumption by between 50% to 60%. We not only want to consume green energy, but we also want to reduce total consumption. The combination of on-site power generation and the VPPA enables us to do that. Not all 70 locations would be viable options for a solar or wind farm on-site. With the VPPA, we’re able to ensure that we've got 100% coverage of all of our consumption in the U.S. through renewable sources.

ACI: What are Henkel’s next steps toward becoming climate-positive?

Jillaine Dellis: We'll continue to reduce our carbon footprint by working toward aggressive interim goals, which include for all of our regions to rely on electricity from renewable sources by 2030. So not just the U.S., but all the regions where we have operations. We intend to replace the remaining fossil fuels used in our operations with CO2-free alternatives by 2040, which is 10 years ahead of the Paris Agreement. But we're not limiting ourselves to just our own operations. We'll also focus on the entire value chain and leverage our brands and technologies to help our customers and consumers reduce CO2 emissions. So for example, our target is to reduce CO2 emissions by 100 million tons together with our consumers, our customers and our suppliers, in a 10-year period from 2016 to 2025.

Amber McCauley: Right now, the U.S. comprises about 35% of Henkel's global electricity consumption. By bringing this VPPA agreement to life, Henkel is now getting greater than 50% of our energy from sustainable sources globally. We are already more than halfway to our 2030 target of 100% percent sustainable electricity, which is really exciting.