The American Cleaning Institute honors individuals and groups through a variety of award programs for their efforts in promoting the goals of the cleaning product and oleochemical industries. 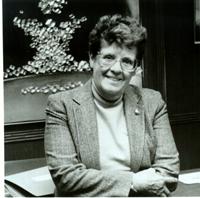 Formerly known as the "Clean Homes...Safe and Healthy Families" Program Award of Excellence, this award is for members of the National Extension Association of Family and Consumer Sciences (NEAFCS) honoring outstanding educational programming efforts that utilize any of ACI’s educational materials and promote the connection between cleanliness and health.

The annual award honors outstanding educational programming efforts that utilize any of ACI’s educational materials and promote the connection between cleanliness and health. Programs must demonstrate innovative outreach efforts that impact the local community and raise the awareness of the proper use and/or storage of cleaning products. Program areas include but are not limited to food safety, emergency preparedness or response and any programming that raises awareness of safe and effective use of cleaning products in the home or community.

Two (2) Family and Consumer Sciences county professionals or teams will be honored with a $500 scholarship to attend NEAFCS Annual Session and a tabletop award. The award winning programs will be highlighted on the ACI website and Clean and Happy Nest blog. Click here for more information about this award and how to apply.

An annual awards program that recognizes middle schools for handwashing initiatives that improve health and reduce absenteeism. National award recipients receive an all-expense paid trip for three students to Washington, DC. Two runner-up schools each receive a cash award. The awards program is a joint project of the American Cleaning Institute and Centers for Disease Control and Prevention.

Presented annually to the authors of the best technical paper appearing during the preceding year in the Journal of Surfactants and Detergents (JSD), a publication of the American Oil Chemists' Society (AOCS).

This award is presented annually to the authors of the best technical paper appearing during the preceding year in Journal of Surfactants and Detergents (JSD). Prior to 1998, papers published in the surfactants and detergents section of the Journal of the American Oil Chemists’ Society (JAOCS).

Sponsored by the American Cleaning Institute and the National Biodiesel Board (NBB), this award recognizes outstanding achievement for research into new applications for glycerine with particular emphasis on commercial viability. The award consists of a $5,000 honorarium and a plaque commemorating the presentation. The honor is annually presented during the American Oil Chemists' Society (AOCS) Industrial Oil Products Division meeting. No geographical limits are placed on the award and the awardee need not be a member of the Division, the Society, ACI, nor the NBB. Self-nominations are permitted. The award is presented at the AOCS Annual Meeting, where the recipient may deliver an acceptance address. Particular emphasis is given to the existing or potential commercial importance of the work.

Nominations should consist of a nomination letter (limited to 2 pages) describing original research work in new applications and uses for glycerine. In addition, at least two letters of support, and a copy of the published journal article relating to the research, may accompany the nomination. The nomination deadline is November 1.